SSTI: Unicorn with initial round of government-sponsored funding goes public

Benson Hill, a unicorn (a startup valued over $1 billion) that closed its deal to become a public company last week, was able to leverage several sources of public capital to accelerate its early success. The St. Louis-based agricultural technology company uses machine learning and genome editing to facilitate the production of sustainable and healthy crops. Founded in 2012, Benson Hill has utilized state-sponsored venture capital and federal grants to reach its funding goals.

In 2013, Benson Hill received a $225,000 Phase I Small Business Technology Transfer (STTR) from the National Science Foundation (NSF). The company received another $270,000 in STTR Phase I and Ib funding from NSF in 2014, along with a $100,000 Small Business Innovation Research (SBIR) grant from the U.S. Department of Agriculture.

Benson Hill also completed multiple rounds of equity investment that included funding from venture development organizations. These include a $1 million seed round in 2013 and a series A round in 2015. BioGenerator and Missouri Technology Corporation (MTC) were active in both of these rounds.

BioGenerator, the venture development arm of BioSTL, was one of the initial investors in Benson Hill, chaired the company’s board for two years, and even stepped in with emergency funding in 2014 that literally helped keep the lights on for the startup company. BioSTL is a nonprofit that invests in innovative startups and provides coaching and resources for entrepreneurs in the St. Louis area. From BioGenerator’s case study on the company, Benson Hill co-founder and CEO Matthew B. Crisp, said: “BioGenerator played a critical role in leading our initial financing — putting together the due diligence and orchestrating additional investors. Their commitment to supporting Benson Hill in multiple ways beyond their share of invested capital is part of the reason we are excited to call St. Louis home.”

MTC, a technology-based economic development organization created by the Missouri General Assembly, was another initial investor in Benson Hill. MTC invested in the company through its IDEA Fund Co-Investment Program, which was launched in conjunction with the State Small Business Credit Initiative (SSBCI) program of the U.S. Department of Treasury (although the Benson Hill investment was from funds appropriated by the state of Missouri). MTC was a follow-up investor for Benson Hill’s series B round in 2017, which raised the company’s valuation to over $55 million.

According to PitchBook, Benson Hill has successfully completed its four additional investment rounds, while receiving some general debt financing and a loan through the Paycheck Protection Program. In 2021, Benson Hill was acquired by Star Peak Corps II through a reverse merger — seeing the exit of MTC and BioGenerator as investors. The combined entity uses the name Benson Hill, trading on the New York Stock Exchange under the ticker symbol BHIL. Benson Hill is currently negotiating a private investment in public equity deal to receive $225 million in development capital.

With the help of state and federal programs, including SBIR, STTR, public risk capital from MTC and the nonprofit BioGenerator, Benson Hill has been able to grow to a valuation of over $2 billion and be listed on a public stock exchange. The SBIR and STTR programs allow small businesses to engage in federal R&D by receiving funding through grants while also having the potential for commercialization. Public risk capital from venture development organizations and nonprofits allows small businesses to receive capital and resources from organizations that have a vested interest in regional economic development. More information on Benson Hill can be found here. 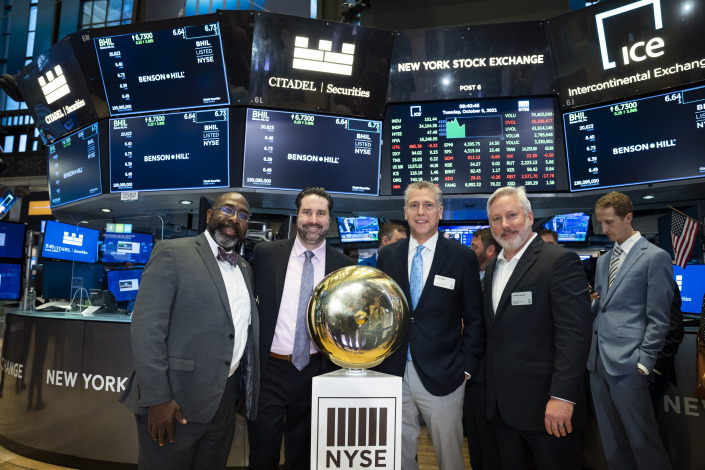